This month’s blog is a little behind schedule but I’m going to focus on the positive which is that it’s HERE!

I had a wonderful holiday with family and friends and am looking forward to continuing this money coaching journey with you in 2016. Thanks for the support and wonderful feedback. 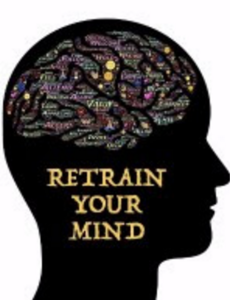 Once upon a time (in the 70’s) a group of Cambodian women were brought to the U.S. following the savage genocide that took place in their country. In a new culture, they were safe but they couldn’t speak or read the language. They couldn’t make sense of bus signs to go anywhere. They weren’t familiar with American food or its currency so they had difficulties even with simple tasks such as shopping and cooking. It was too much. These women had seen things that their minds couldn’t accept and with these new challenges added on to their already traumatized minds they started going blind.

Eventually some were declared psychosomatically blind, no sight whatsoever.

So what does this have to do with money? A lot. Basically, everything. Money is a core survival issue and that’s true even if a person grows up with affluence. We know without money we cannot have food and shelter, we would struggle to survive.

And what controls our money instincts? Our brain. From inception it protects us with its reactions to a flood of chemical compounds. Neurotransmitters send messages from the brain to the body – thus a baby will cry when it’s hungry.

Stress hormones kick in if we’re anxious or uncomfortable. Adrenaline takes over when there is a real threat and the brain develop its fight-or-flight response. These patterns of reactions are firmed up unconsciously in the brain between the ages of 2 and 12. According to neuroscientists, this is when most of our brain development occurs.

As young adults, we learn about money with our primitive brain which is instinctive. That’s why our life-long financial behaviors are more emotional and reactive than rational and logical. The brain’s mainframe is in place from an early age, learned from examples set by our families and environment and picked up unconsciously as our core survival skill. And money, remember, is a survival issue.

So where are we as adults when we handle money? It depends on that past. To know where we stand requires us to examine and explore our histories. If we are unable to, we will continue to lack awareness and have no control over our finances. Most people handle money very well, but many do not and the problem dominates their life. Why is this? Because each of us react to stress or hardship differently. Our personality plays a factor in this. A naturally more extroverted person reacts to stress or hardship in a way that’s different from the introvert. Perhaps a more outgoing child is able to confront and deal with the stress through their own learning capability and self-confidence when the flight or fight response is triggered. But a reserved child facing the same stress may chose the flight option and will quickly withdraw. This flight response only grows stronger as does the fight response depending on how often they’re encountered and how successful the outcome. From these childhood experiences we set a pattern of behaviors that continues to run our adult lives. When we are able to confront and accept what our early life imprinted on us, good and bad, then we can start to redirect our brains and behaviors.

In the next blog we will examine how you can redirect your brain and behaviors in order to achieve better money management skills.

(By the way, when those Cambodian women were taught English, could read bus signs, and got acquainted with our vegetables, they could see.)

Why couples don’t always talk truthfully about their finances.

The Beatles may have told people all they need is love, but many couples who have experienced monetary conflicts in their marriage would disagree.

Surveys over the past decade consistently point to financial arguments as a leading cause of divorce. However, money habits lying beneath the surface of a relationship can create as much—if not more—financial friction.

According to a recent poll by CreditCards.com, the majority of women would terminate a relationship if they discovered their significant other was keeping secrets about their money habits—especially if those secrets had negative consequences for the family’s finances. In fact, the study found women see a partner’s inability to pay routine bills as off-putting as discovering they have a criminal record. “A lot of people view someone’s credit history as a good symbol for determining the person’s trustworthiness in a relationship,” says Ben Woolsey, director of marketing and consumer research at CreditCards.com.

Woolsey says before two people commit to a serious long-term relationship, they need to have a conversation about their finances since financial stability is a critical component of a healthy relationship. However, whether it’s due to grief, fear, or shame, experts say it can be difficult for couples to talk about money, which is often a source of tension.

“Our self-worth and net worth get very confused,” says Deborah Price, author of The Heart of Money: A Couple’s Guide to Creating True Financial Intimacy. If the conversation isn’t broached early on, financial secrets—when revealed—can lead to a breaking point. “When there is financial conflict, couples tend to stake out a territory,” says Price. “One says, ‘This is the way I am with money, and this is the way you are, and our values and priorities are just too different for us to find some kind of middle ground to keep this marriage together.'”

[Read: The Best Ways to Prevent Money Arguments With Your Spouse.]

While financial lies can be a deal-breaker, secret money behaviors often start small, says Jean Dorrell, a certified estate planner and president of Senior Financial Security in The Villages, Fla., who counsels couples about money. According to Dorrell, it’s common for couples to keep minor infractions to themselves. According to a recent AARP survey, approximately one third of respondents reported they’ve hidden a purchase from their partner at least once.

A small financial omission might include a husband who quietly pays off a speeding ticket so an argument doesn’t erupt over whether or not he’s a good driver; he may even fear his wife will question if it’s safe for their kids to ride with him. In such cases, Dorrell says people are acting with good intentions since they’re trying to stave off arguments. Nonetheless, fibs have the potential to be blown out of proportion. Dorrell says, “A lot of people will say, ‘If you lie to me about these small things, what else are you lying to me about?’

Once the act turns into something more expensive, such as buying a $500 pair of shoes, the innocence fades and the secrets escalate. “If they get away with it, it will probably magnify,” Dorrell says. An outing to buy a nice outfit can lead to a shopping spree, or a spouse may open a hidden bank account to shield where part of their paycheck goes.

Additionally, Dorrell has counseled clients who inherited money from their parents but opened a secret bank account because they didn’t want to share it with their spouse. “They justify it as, ‘It’s my inheritance—not his,’ yet they’re pledging to make everything equal and they’re really not,” Dorrell says.

In some cases, secret credit cards are used to conceal how much debt a person is accumulating. Other times, people may have their credit card bills mailed to their office so they can conceal an affair. “Hotel bills, meals, lingerie—those are all expenses you don’t want your spouse to find out about if they’re going to somebody else,” Price says.

If one spouse is entirely in charge of the family finances, he or she is in a position to limit how much money the other person can access. In that case, the spouse who has little or no say in how the money is spent may lash out and engage in what experts call “revenge spending,” in which they superfluously spend money to get back at their spouse. “No one likes to feel like they’re being manipulated,” Levy says. She says revenge spending can also be triggered when someone learns their spouse has been keeping money secrets and they want to retaliate by using a large chunk of discretionary spending as they see fit.

Others, meanwhile, may not want to know if their spouse is engaging in bad money habits. But William Snyder, program director at Evergreen Financial Counseling in Salem, Ore., says denial usually backfires: “If a husband buries his head in the sand and thinks everything is going to be fine, and then a few years later finds out their home is underwater because of how much debt his wife is in, what are the chances he’s going to stay with her?”

As a preventative measure, experts say couples need to have an open dialogue about their finances. Otherwise, there’s a chance for controversial money habits to remain in the dark. “The most important thing is there is no crime in talking about things that you want to do,” Snyder says. “You should be able to say any desire you have; it’s when you spend the money that it’s real and that it can become a secret.”